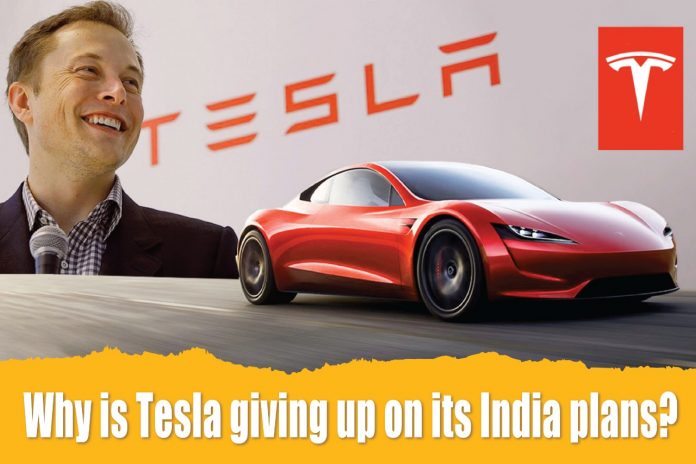 By 2030, at least 30% of cars in India will be electric vehicles. Experts predict even more.

The car owners are around 7.5% of population as on date, which is likely to go up and sales expected to peak.

Then why is Tesla giving up on its India plans?

Tesla recently announced that it would be abandoning plans to sell its EVs in India.

The main reason is simple: the Indian govt wants foreign carmakers to invest in India’s manufacturing capabilities before they can sell their vehicles here.

This means that Tesla would be required to build a local factory in India.

However, Musk wants the country to lower taxes as high as 100% on imported EVs.

Which enables the company to first sell vehicles built abroad at competitive prices.

India’s new regulations demand that any company that wants to sell its cars must have a local manufacturing facility.

But Tesla had been lobbying against those rules for years before they were even implemented.

They argued that the requirement would make it impossible for them to sell in high volumes.

A few days ago, Ford Motors also announced that it was dropping plans to enter into the EV space in India.

Citing reasons that their manufacturing plants in India can not be used for exports.

While other automakers such as Mercedes-Benz India are bringing high-end luxury EVs to India along with the apparatus to assemble them,

Whereas brands like Tata Motors, mahindra and mahindra, Kia Motors, and eicher motors have emerged as the winners in this ruckus.

At present, EVs account for less than 1% of the total sales for automakers.

This means that there are a lot of opportunities for EV-makers in India, the second-most populous country in the world.