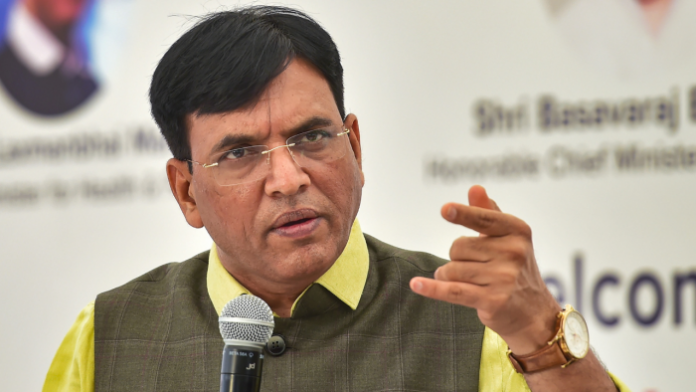 India considers healthcare a “Seva” and the country is ready to take a leading global role in providing healthcare services to the world through its trained and competent manpower, Union Health Minister Mansukh Mandaviya said on Friday.

“India is at a key inflexion point of not just ‘Heal in India’ through its vibrant medical value tourism, but also ‘Heal by India’, where our medical professionals can be used to serve not just our country but at the global level,” he said at a virtual event.

Interacting with officials of the regional Press Information Bureau (PIB), Doordarshan (DD), All India Radio (AIR) and various regional health journalists, Mandaviya said, “For a Samruddh Bharat, we need a Swasthya Bharat and for a Swasthya Bharat, we need Swasthya Nagrik. Health has been positioned at the centre-stage by Prime Minister Narendra Modi, and several health initiatives are being taken up by the Union government. India is also ready for a leading global role to provide healthcare services through the ‘Health in India’ and ‘Heal by India’ initiatives.”

He thanked the media for the role it played during the Covid-19 pandemic, a health ministry statement said.

In such testing times, media persons rose to the occasion in fighting the infodemic by providing factual information, warding off myths and fears, and addressing the dual issues of vaccine eagerness and vaccine hesitancy, the minister said.

Signifying the proactive role played by the officials of PIB, DD News and AIR News and media personnel during the Covid crisis, he said it was not just the government’s efforts but ‘Sabka Saath, Sabka Vikas, Sabka Vishwas and Sabka Prayaas’ that made us execute one of the largest and most successful vaccination programmes in the world, the statement said.

Mandaviya expressed condolences for journalists who lost their lives during this period, it stated.

The online session was attended by more than 150 officers and regional health journalists from all states.

“Democracy’s fourth pillar – media – has set a high standard in demonstrating their potential during the pandemic,” the minister said.
“We have started the second phase of ‘Har Ghar Dastak’ to encourage the masses towards full vaccination coverage. I seek your support in carrying the message of full Covid-19 vaccination to the masses,” he said.

The Union minister urged the media to support the ongoing efforts of TB elimination, cataract, telemedicine and eSanjeevani and various other initiatives of the ministry at the regional level and to motivate citizens to come forward in large numbers and become a part of these campaigns enthusiastically through Jan Bhagidaari, the statement said.