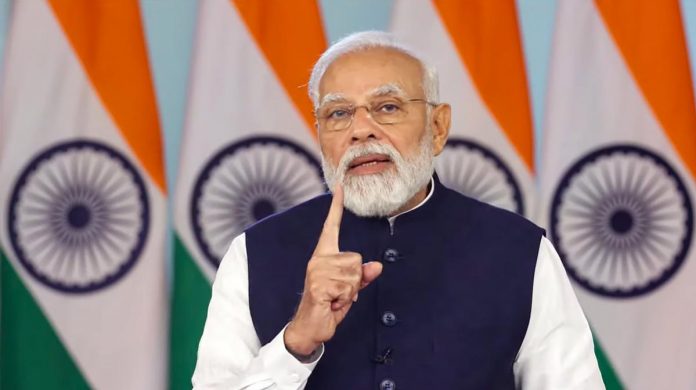 To facilitate ease of doing business in India, the government has abolished over 25,000 compliance norms, mostly obsolete ones, and also gave a push towards auto-renewal of licences

The previous government was like a ‘Not Gate’ whereas this one would be like an ‘And Gate’ for the semiconductor industry, said Prime Minister Narendra Modi while inaugurating the three-day Semicon India 2022 conference being held in Bengaluru.

To facilitate ease of doing business in India, his government has abolished over 25,000 compliance norms, mostly obsolete ones, and also gave a push towards auto-renewal of licences.

“We are paving the way for India to lead the next technology revolution. We are on our way to connect 600,000 villages with broadband. We are investing in developing capabilities in 5G, Internet of Things and clean energy technologies,” he said.

He urged captains of Indian industry to establish India as one of the key partners in global semiconductor supply chains and work towards hi-tech, high quality and high reliability.

India has all the reasons to become an attractive investment destination globally for semiconductor technologies, Modi insisted. “We are building the digital infrastructure to connect over 1.3 billion Indians, and UPI is the world’s most efficient payment infrastructure today,” he said.

India is investing heavily in skilling and training young Indians for the needs of the 21st century.

He further said India has the appetite for tech and risk-taking, and his government is trying to put the odds in favour of industry as far as possible through a supportive policy environment.