Outlining the way and the prospects that lie ahead, PM Modi said, “In the 21st century, the application and role of space technology is increasing everyday." 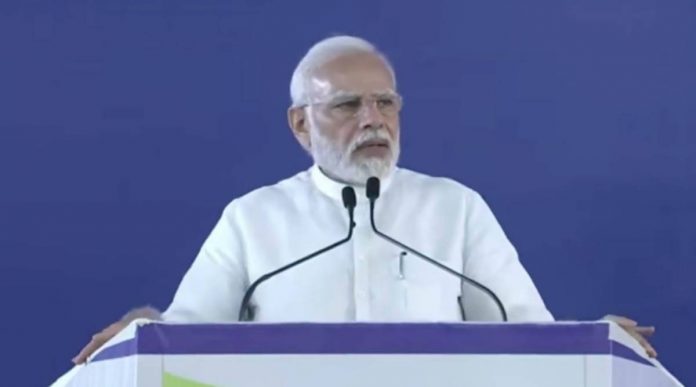 A new space policy that would address ease of doing business will be brought out soon, said Prime Minister Narendra Modi in Ahmedabad Friday.

“The government is also working on a new Indian space policy to equally encourage government entities, private startups and institutes. We will also soon bring out a new policy to address ease of doing business in the space sector. Space and sea will be big forces and today we are trying to address them with policies,” he said at the inauguration of the Indian Space Promotion and Authorization Centre (IN-SPACe) headquarters in the city.

Outlining the way and the prospects that lie ahead, PM Modi said, “In the 21st century, the application and role of space technology is increasing everyday. The use of space tech will only continue to increase, and IN-SPACe and private players will have to continuously work on how it can be used for ease of living and for supporting the country’s development.”

“With geospatial mapping, today we have huge data available collected by government satellites but in the coming days, the private sector, too, will have its own data and this wealth of data will give you a lot of strength in the world…” he added.

Modi said the inauguration of the headquarters comes at a time when “more youth want to participate in nation building” and hence, innovation cannot happen only through the government. IN-SPACe has been set up to promote private investment and innovation in the space sector.

“If youth want to innovate, can we tell them that this will only be done from a government facility? It was unfortunate that the difference between regulation and restriction was blurred. Today, when more youth want to participate in nation building, we can’t put a condition that whatever you want to do, do it through the government. Today, we are doing continuous reforms, removing obstacles,” Modi said.
With IN-SPACe, the space sector has been opened up to private sectors and hence, they will no longer be seen as mere “vendors” supplying to a government organisation like ISRO and will rather help them innovate, he said.