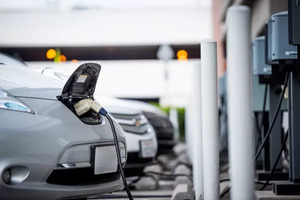 A private consumer expectation survey on Monday showed that around 66% of Indians said that electric vehicles will surpass petrol and diesel cars by 2030.

The survey, conducted by ACKO and YouGov India, also showed that a majority of Indian consumers, around 57%, want to invest in EVs because of their practical benefits while 56% want to purchase an EV because it is good for the environment.

A majority of respondents, 60%, believe that India’s current public infrastructure is not equipped to support electric vehicles and feel the need for drastic improvement. However, the survey also revealed that 89% of the respondents think India will be infrastructurally ready for EVs by 2030.

Experts and analysts over the last few years have highlighted the poor infrastructure supporting EVs in India as the primary reason behind the lower penetration of EVs in the country.

“Among the intenders, 62% are concerned about rising fuel prices, and 57% of them are interested in the latest technology. 51% said that using an EV has lower running costs compared to petrol and diesel cars. In fact, 48% of the owners said EVs are more cost-efficient per mile than traditional cars,” a statement read.

63% of the survey’s respondents did not know that sand is the most convenient solution for putting out an EV fire. “For example, 66% assume that battery life only lasts between 2 to 5 years. The good news is that 8 in 10 correctly recognize that charging behavior has a role in the EVs battery life.”

The survey highlights the urgent need to create awareness around EVs and different aspects related to EVs.

The overall retail sales of EVs, including passenger vehicles, in the country, surged nearly 185 percent year-on-year to 1,11,971 units in October, as per automobile dealers’ body FADA. EV sales stood at 39,329 units in October 2021.

Around 1018 respondents from New Consumer Classification System (NCCS) A & B households between the age groups of 28 to 40 who were either owners of an electric vehicle or were intending to buy one in the next twelve months were surveyed.