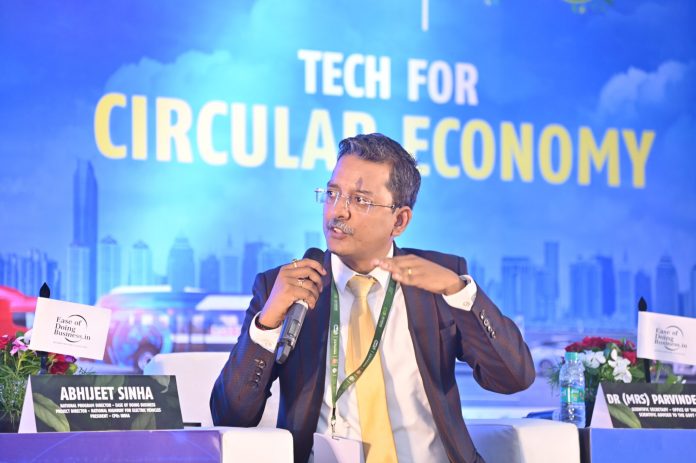 Optimum utilisation of resources while maintaining the growth momentum in the economy is a conundrum that every responsible country is experiencing. Especially as the climate goals from COP26 summit looms nearer, the countries are laying out strategies to cut emissions, promote zero waste economy while facing rapid urbanisation and population growth. As India prepares its policy discourse to support the ‘Panchamrit’ prescription at COP26 global platform and the ‘LIFE’ initiative in India, UAE has set up the Circular Economy Council to address the economic potential of possible circular economy activities, while launching a Hydrogen Leadership Roadmap to Achieve National Net Zero Ambition. China has also committed RMB 5 trillion (US$773 billion) in production value for the resource recycling business apart from other targets for 2025. Technology is Driving transition from Linear to Circular Economy in India with lifestyle changes and systematic choices to reduce negative externalities.

The latest World Economic League Table 2021 published by Centre of Economics and Business Research predicts that by 2030, India will be the world’s third largest economy, accounting for around 8.5 percent of global GDP. And if the global circular economy reaches $4.5 trillion by 2030, India would have a $45 billion potential if it captures only 1% of this market. According to research, if India’s portion of the circular economy matches its contribution to world GDP at 8.5 percent, there will be a potential $380 billion circular economy here.

Ellen MacArthur Foundation with the support of ClimateWorks and UNCTAD, focuses on three areas to bring about ‘Lifestyle Change’ to accommodate environmental concerns key to the Indian economy and society: Cities and Construction, Food and Agriculture, and Mobility and Vehicle Manufacturing. The study went on to show that a circular economy trajectory could bring India annual benefits of ₹40 lakh crore (USD 624 billion) in 2050.

Of the three areas chosen to achieve carbon neutral impacts, in the sector of Mobility and Vehicle Manufacturing, India has already made its choice to go ahead with Electric Vehicle (EV) – the fastest way to impact lifestyle change for the cause of environment in a country where only in financial year 2022, total vehicle sales — passenger vehicles, two-wheelers, commercial vehicles and quadricycles combined, stood at 1,75,13,596 units. The results have been encouraging with significant consumer confidence on EV two wheelers. 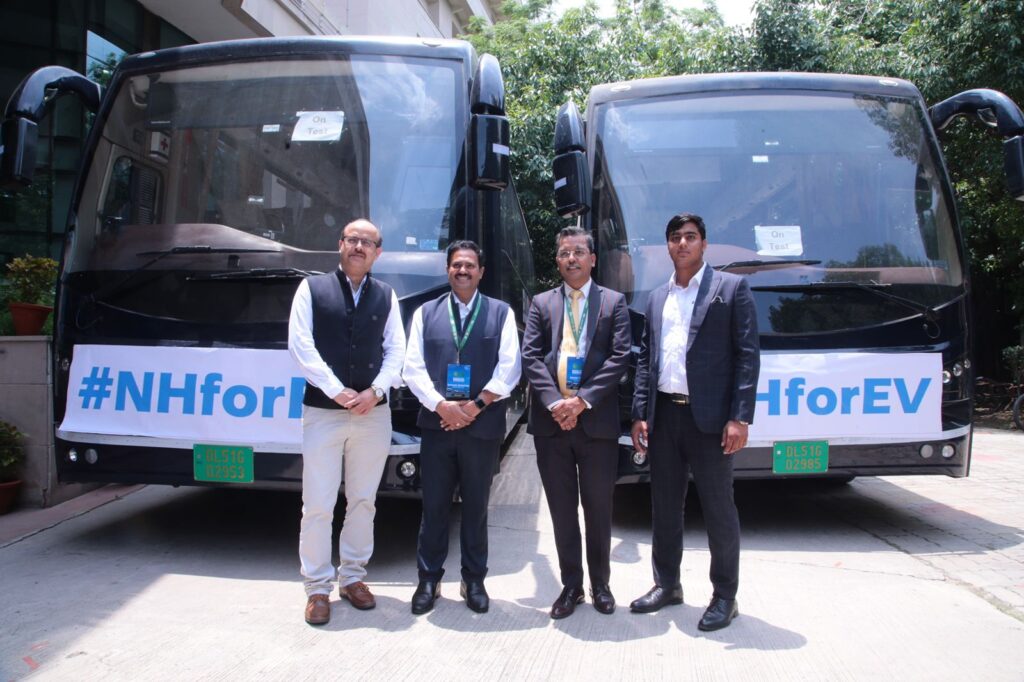 Government has already charged up the EV ecosystem by offering monetary subsidies on EV purchases, exemption from road taxes and vehicle registration fees, lower loan interest, freedom to own charging points thus getting city infrastructure ready and last but not the least the battery swapping policy to bring down the cost of EVs and also the downtime to charge the vehicles. Policy makers believes that decoupling the battery from the vehicle by replacing the battery may be a step forward, but it requires a smart replaceable battery infrastructure, a pay-as-you-go business model, an extensive network of replacement stations, and integrated charging and billing function system.

The momentum created by Faster Adoption and Manufacturing of (Hybrid &) Electric Vehicles—FAME I and II, schemes that encourage, and in some segments mandates the adoption of electric vehicles (EVs), with a goal of reaching 30 per cent EV penetration by 2030, needs to be supported by all round infrastructure development to make it sustainable in the long run.

NITI Aayog recommends only selling electric vehicles in India after 2030. The think tank hopes that this will expand the scope of clean fuel technology beyond the country’s two- and three-wheeled vehicles. To decarbonize transport, the transition to clean mobility will depend on designing a convenient, multimodal transport system enabled by digital technology for less resource-intensive but very effective mobility. As the entire ecosystem is new and India, with its unique population and practices cannot import the experience of other countries, the need to pilot smart technologies around EVs is pertinent.

Creating circularity around EVs and its infrastructure will be essentially based on 3E’s – “Environment, Employment, and Economy”, driving the sustainability around the choices. As India paves way for new infrastructure to meet its growing mobility needs, today’s choices will determine the mid- to long-term development of the mobility system. According to a sturdy by Ellen MacArthur Foundation, a circular economy development path for mobility and vehicle manufacturing could create annual benefits of ₹31 lakh crore (US$ 482 billion) in 2050, compared with the current development scenario.

As the use of EVs within the city borders are more or less ensured by 2030, by different state directives, the challenge remains how to make inter-state travel EV friendly. Even as pilots are in the process of being conceptualised and introduced for a trial run before being scaled up into a full-fledged EV model, the opportunity provided by such mega infrastructure plan helps the cause of making right choices in integrating path breaking technologies for testing and future use. EV Logistic-Hubs are to reduce air pollution in Delhi caused by the frequent entry of polluting vehicle with a Pilot project to stop diesel trucks at Delhi border.

Narrating on the opportunity, EV friendly infrastructure on National Highways will definitely help local job creation—not only unskilled labour to look after the functioning of the stations, but also skilled workers to help in maintenance of charging points and the EVs, building on the essential road side assistance to make EVs a viable option even for out of city drive.

Similarly, the Swap and Go idea behind the EV Battery swapping policy needs to ensure the efficacy of battery swapping plan and its on-ground usage, checking out for any potent road-blocks before mass production and deployment. Such pilots would not only provide adequate information about their thermal changes, real-time climatic impacts, and correct consumptions, but proper evaluation of ACC batteries would also protect users and consumers from the threat of EV fires.

Similarly, technologies like solar charged EV station in order to test and ensure Green Mobility for future, leading to EV for NetZero pollution could be evaluated as a choice of circularity. Intertwined with such infrastructural projects is also the possibility of transforming these modular charging stations into logistics hub and evolving them as centres for e-commerce, collection and disposal centres for MSME products and also providing a nodal point to ease out the traffic entering major cities. The cargo hubs conceptualised around the NHEV E-highway charging stations will provide safe stoppages, and unloading facilities to heavy vehicles, whereas goods can be carried to the city by EVs.

Way Ahead
The systematic choices to become future ready are entirely ours to make and imbibe. However, the opportunity to build business and entrepreneurship around the upcoming EV sector is unlimited. There is a scope to pilot and establish new technologies around the EV infrastructure, making it not only sustainable in long run but also evolving them as centres for economic growth, helping highways to transform into peri-urban hubs of activity.