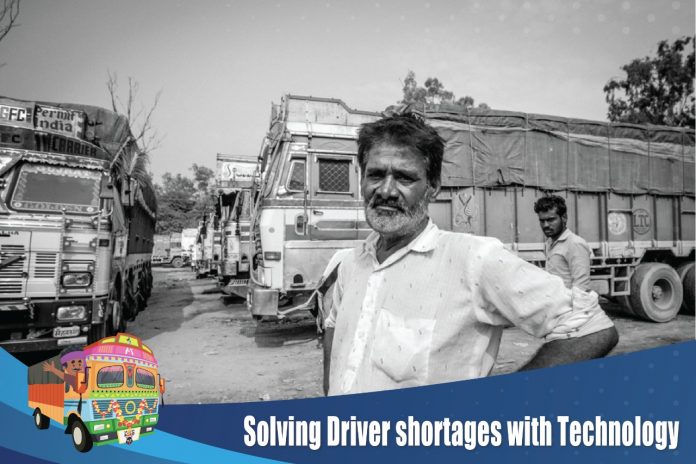 If India’s going to run on roads, it needs drivers!

In 2021, India had nearly 6 million KM of roads – the second largest road network in the world (after the USA), as well as 2.39 million road vehicles.

The role of a driver is a very important, as the safety of other road users depends on them.

According to available data, of All-India Transporters Welfare Association ratio of drivers to trucks in India is 750:1000.

In addition to this, a lack of proper training doesn’t allow us to have better drivers.

This profession is highly stressful and risky, and the monetary reward is extremely low. That makes the job less attractive.

Most drivers work overtime, and lack of sleep results in reckless driving, which can cause serious accidents.

No doubt why people say that maintain distance from these truck drivers on road.

As we all know, road accidents are a growing threat to society. One way to deal with this can be to increase number of commercial vehicle drivers and driver training, while also asking authorities to promote road safety campaigns.

The Union Minister of Road, Transport and Highways, Shri Nitin Gadkari ji has called for fixed driving hours and also proposed onboarding of sensors in commercial vehicles to assist drivers.

#commercial vehicles are an essential asset to our #economy. Every day, commercial trucks travel thousands of kilometers across the country to bring the products we need.

If we don’t act now, this shortage will have a dramatic impact on our economy. We, as a nation, can’t afford to go without the drivers we need.