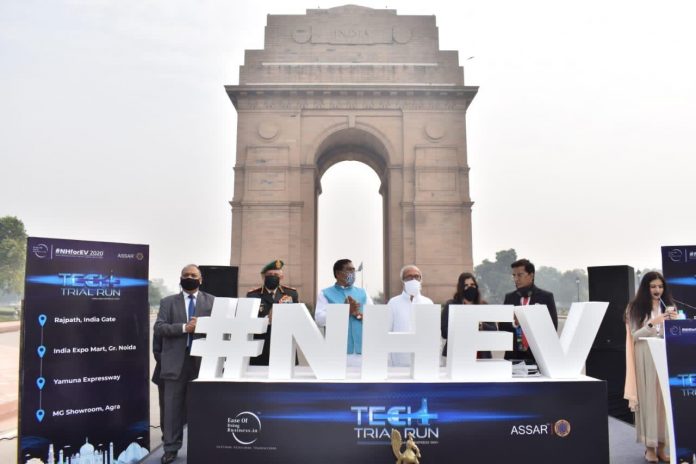 Centre is strongly focused on electric vehicle public transport system, but the necessary infrastructure required for e-vehicle to go from one state to another poses a serious challenge. To overcome this challenge, the government is preparing to build an e-highway in partnership with private players.

Currently, the trial run of electric vehicles for the Delhi-Agra e-Corridor is underway. The specialty of the Delhi-Agra e-corridor is that it will have an electric public transport system, but if you are driving an e-vehicle, then you will also be given the facility of technical help or backup from the charging station.

A total of 90,000 vehicles will run annually on these corridors. A nominal fee will be charged for the use of these E-corridors.
The Centre has opened up investments into the e-corridor for Public Sector Units as well as private players.

“The project is about converting 500-km of expressway into electric corridors with facilities for charging electric vehicles,” National Programme Director EODB at ASSAR, Abhijeet Sinha, had earlier told PTI.
In an earlier interview with PTI, Sinha said that the cost of the entire project would amount to around ₹two crore and the electricity charges would be extra.

EV Policy: Discount to be offered for purchasing electric vehicle in this state

Why is E-Bus travel exactly the same as flight experience on NHEV?

Is Air-Pollution a greater pandemic than CORONAVIRUS?