EVs are cheaper to operate and maintain and produce zero emissions. This makes them an attractive option for both individual consumers and businesses. 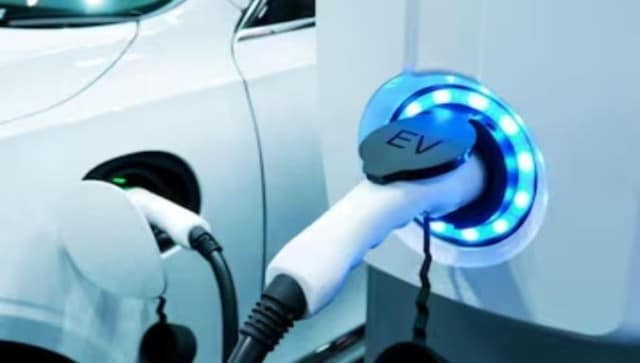 With the increase in traffic and pollution, it is becoming important to switch to a mode of transport that is not only ecofriendly but also efficient! To address this critical factor , authorities are pushing for Electric Vehicles, an effort to curb air pollution and reduce its dependence on crude oil. The Indian Automobile Industry is expected to make the switch to EVs in the coming years.

The three vital predominant factors for switching to alternate mode of transportation in India or the world per say:

The growing population in the world is the prime reason for the price hike of the fuel due to excessive demand. India is no way behind in population explosion, this rapid population growth is putting strain on the country’s resources, including its transport infrastructure.

Air pollution is a major problem across the world, India stands 14 of the world’s 20 most polluted cities, according to the World Health Organization. Electric Vehicle produces zero emission, and so can play the crucial role inimproving air quality.

India is the world’s third-largest oil importer, and the cost of imported oil is a major drain on the country’s economy. Electric Vehicles are much more efficient than petrol or diesel vehicles, and so can help to reduce India’s dependence on imported oil.

Though the alternate transport is the need of the hour but being the vast economy with people and class of varied strata, the switch to Electric Vehicles will not be that easy and will require a significant investment in infrastructure, such as facility of charging stations like we have fuel pumps now, approachable garage or workshops for the Electric Vehicles etc. However, the long-term benefits of Electric Vehicles make them a worthwhile investment for the future of the Indian Automobile Industry.

Electric vehicles offer many benefits over traditional petrol or diesel cars. They are cheaper to operate and maintain, and produce zero emissions. This makes them an attractive option for both individual consumers and businesses.

What are the challenges facing the adoption of electric vehicles in India?

One of the main challenges facing the adoption of EVs in India is the lack of infrastructure. Currently, there are very few charging stations in India, which makes it difficult for EV owners to recharge their cars. Another challenge is the high cost of EVs, which is currently a barrier for many consumers.

Future of electric vehicles in India

Despite the challenges, the future of EVs in India is very bright. The Indian government is committed to promoting the adoption of EVs, and has set a target of having 30% of all cars on the road being EVs by 2030. This target is achievable if the government provides the necessary support and investment in infrastructure.

The government is aiming to have nearly 30% of all vehicles on the road being electric by that date, in a bid to cut down on air pollution and help reduce the country’s oil import bill. In order to achieve its targets, the government has also set out a number of measures to support the adoption of EVs. These include providing subsidies and incentives for the purchase of EVs, setting up a network of charging stations, and investing in research and development for electric vehicles. The government is also working with the auto industry to develop a roadmap for the transition to electric vehicles.

The future of electric vehicles in India is quite promising, and the government’s vision for their adoption is commendable. With the right policies in place, India could lead the way in the global transition to electric vehicles.

Budget 2023-24 expectation: What start-ups want from Finance Minister this year