An independent law firm investigated the circumstances and motivations that led to the data irregularities in EODB 2018 and EODB 2020. The preliminary findings of the EODB 2018 had revealed that China had dropped seven places from the prior year’s report to the rank of 85. 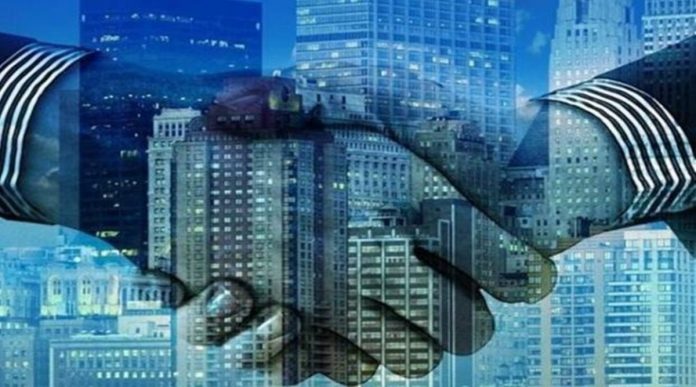 “Magic mirror on the wall, who is the fairest one of all?”— a line from Snow White typifies the countries’ reactions each time the World Bank (the Bank) released its Ease of Doing Business (EODB) report. The authors have earlier written that the methodology of the EODB report lay more in the de jure than in the de facto zone (bit.ly/36V7HEg). Indisputably though, the EODB report had a global knock-on effect. Governments or their oppositions capitalised on a favorable or unfavorable rank. The focus of policymakers was to design policies that would improve their rankings.

The EODB rankings determined aid and investment inflows in countries. This stimulated, in the words of Høyland et al, a ‘rank- seeking behavior’. It was exactly this behavior that caused the data irregularities in both EODB 2018 and EODB 2020.

An independent law firm investigated the circumstances and motivations that led to the data irregularities in EODB 2018 and EODB 2020. The preliminary findings of the EODB 2018 had revealed that China had dropped seven places from the prior year’s report to the rank of 85. Various methodologies to boost China’s ranking were discussed. One method discussed was to include data from Taiwan, China and Hong Kong SAR, China into China’s data. By incorporating Hong Kong SAR, China’s ranking in EODB 2018 would rise to 70, eight spots higher than the previous year. However, this idea was shot down for “political reasons”. Another method discussed was to use the higher scoring of the two cities included in China’s data (Beijing and Shanghai) rather than a weighted average as was typically used for countries with data collected from two cities. However, this would increase the ranking for China, and other peer countries. It was finally decided to unlock the report’s underlying data tables and give higher scores to China for the three indicators of starting a business, legal rights—getting credit, and paying taxes. These changes boosted China’s scores and ranking by seven places to 78, the same ranking that the country had in EODB 2017. The pressure from China worked because at this time the Bank was consumed with a capital increase campaign. The Bank would be in “very deep trouble” if the campaign had missed its goals.

Reimbursable Advisory Services (RAS) contracts played the focal role in the irregularities of the EODB 2020. The RAS projects are paid advisory and analytic services provided by the Bank to middle- and high-income countries upon request from the member countries. RAS projects focus on a wide variety of subjects related to economic development. Some RAS projects focus on improving economic conditions underlying the indicators that comprise the EODB report. This was a clear conflict of interest situation. Saudi Arabia had executed a series of significant RAS contracts with the Bank, some of which were focused on issues germane to the EODB report. By elevating Saudi Arabia to first place in the Top Improvers list, the Bank would demonstrate the effectiveness of its efforts and validate the amount of money that Saudi Arabia had spent on RAS projects. In August 2019, the Doing Business team generated a draft of its Top Improvers list for EODB 2020 that had Jordan as the top reformer with Saudi Arabia placed second. On September 30, the Doing Business team altered Saudi Arabia’s data to boost the country’s ranking past Jordan. The score of Legal Rights index was increased to 4 from 3, by adding a point regarding the treatment of debts. The team also reduced the compliance time for the newly enacted Value Added Tax.

The Bank’s action, which catalysed the independent probe of the data irregularities by an outside law firm, is undoubtedly commendable and assuring. However, the irregularities and ethical issues thrown up by the investigation had damaged the legitimacy of the EODB report. In September 2021, the Bank announced its decision to discontinue the EODB report. Houndmouth’s lyrics summarise the situation, “you’re gone but you’re not forgot, … you flipped the script, and you shot the plot…I remember when your neon used to burn so bright and pink”. The Bank is now working on a compendium of indicators to assess the business and investment climates of economies worldwide until the launch of the new Business Enabling Environment project.

The interim period should not cause a torschlusspanik (fear) of a door closing in countries that are keen to invite FDI and ODA. Countries can build their own matrices for reform and their impact assessment. India’s Department of Industrial Policy and Promotion already undertakes such an exercise for the states and the UTs. This can be scaled up to include central government reform schemes. Trade units of Indian missions abroad, manned by business/academic experts, can use these matrices to market India to foreign businesses. The authors are confident that with their own benchmarks and without the ‘tyranny’ of international ranking systems, India may come across as a more attractive destination for foreign businesses.

Parameswaran Iyer takes charge as the CEO of NITI Aayog