Parameswaran Iyer takes charge as the CEO of NITI Aayog 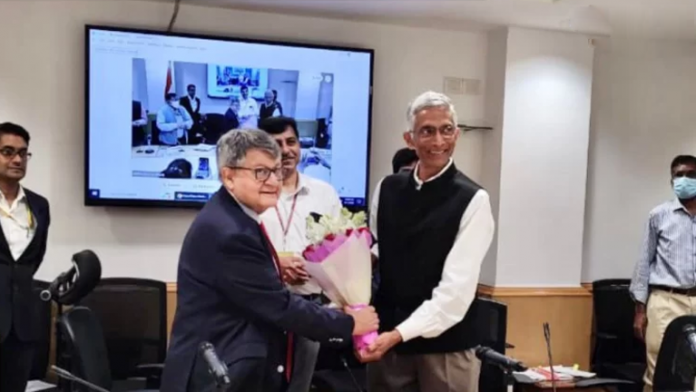 “Honoured and humbled to have been given the incredible opportunity to serve the country again — this time as CEO, Niti Aayog. I am deeply grateful to Hon’ble PM Narendra Modi for another chance to work under his leadership towards a transformed India,” Iyer said after taking charge on Monday.

He succeeds Amitabh Kant, who demitted office on June 30.

With over 25 years of experience in the water and sanitation sector, Iyer spearheaded the implementation of the $20-billion Swachh Bharat Mission, which delivered access to safe sanitation to 550 million people.

The 63-year-old has been appointed for two years or till further orders, whichever is earlier, the department of personnel had said on June 24.

A 1981-batch IAS officer of Uttar Pradesh cadre, Iyer has worked with both public and private sectors. He was the secretary for drinking water and sanitation in the Union government during 2016-20.

He will steer the think tank at a time when frictions are visible between the Centre and Opposition-ruled states on many issues. He is expected to play a key role along with recently appointed vice chairman Suman Bery to lay the ground for collaborative action for higher growth with sustainability, creation of jobs, education, ease of living and reforms in agriculture.

Iyer took voluntary retirement from service in 2009 to join the water and sanitation initiatives at the World Bank. He served as the global lead for strategic initiatives in the World Bank’s Water Global Practice. In 2016, he returned to India and was appointed by the government to head the drinking and sanitation department, and lead the Swachh Bharat Mission.

He has over 20 years of experience in the water supply and sanitation sector. He is known for initiating and implementing the “Swajal Program” among other initiatives in the sector. During his stint at the World Bank, he has also worked in Vietnam, China, Egypt and Lebanon.