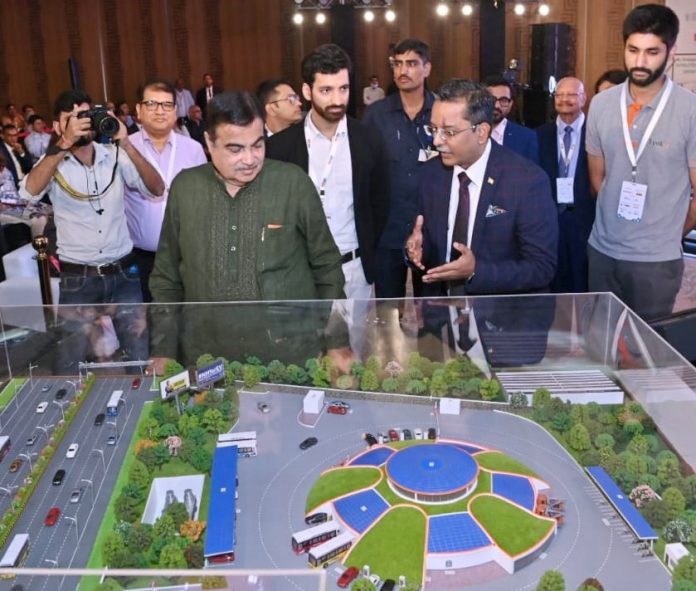 The pilot is currently conducting its concluding phase of Technical & Commercial trial with Busses and long-range electric SUV on Delhi – Jaipur stretch from 9th September 2022. This would add 278 km stretch in previously conducted 210 km TECH-trial Run between Delhi-Agra in 2021 to accomplish technical trials of total 500 km across four states UP, Delhi, Haryana and Rajasthan in its pilot phase. 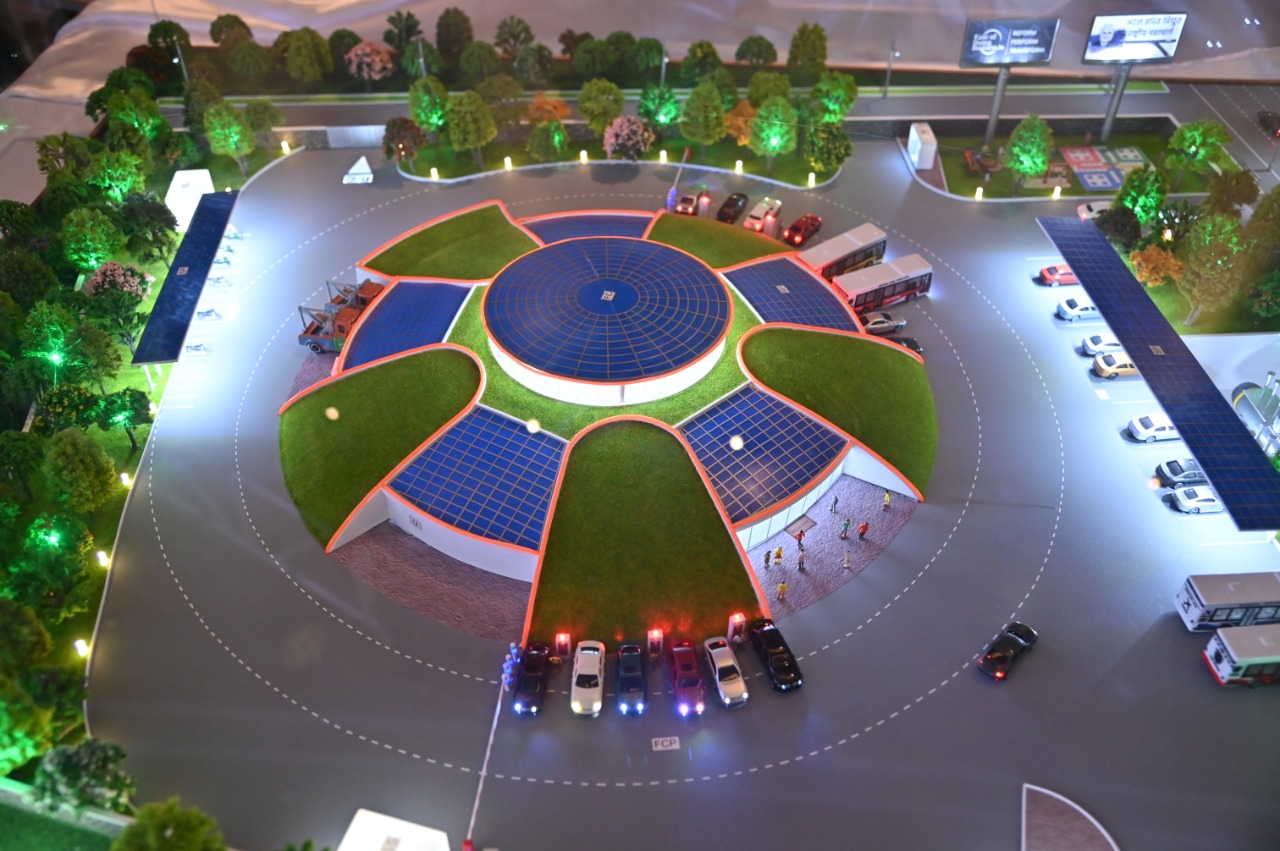 The miniature today he revealed has elevated Indian e-mobility sector confidence on Ease of Doing Business to go beyond the comparison of EVs with Petrol / Diesel vehicle. It has brought out the operational and financial comparison between ‘Charging Station’ and ‘Petrol Pumps’ at the centre-stage unfolding an imperative impetus on Public Private Partnership (PPP) to build nationwide charging infrastructure. It showcased all key indicators like ease in setting-up and minimal licensing, bankable and fundable world-class ‘Relay Service’ fleet models and highest possible utilisation of infra and assets within minimal breakeven period of 40 months. 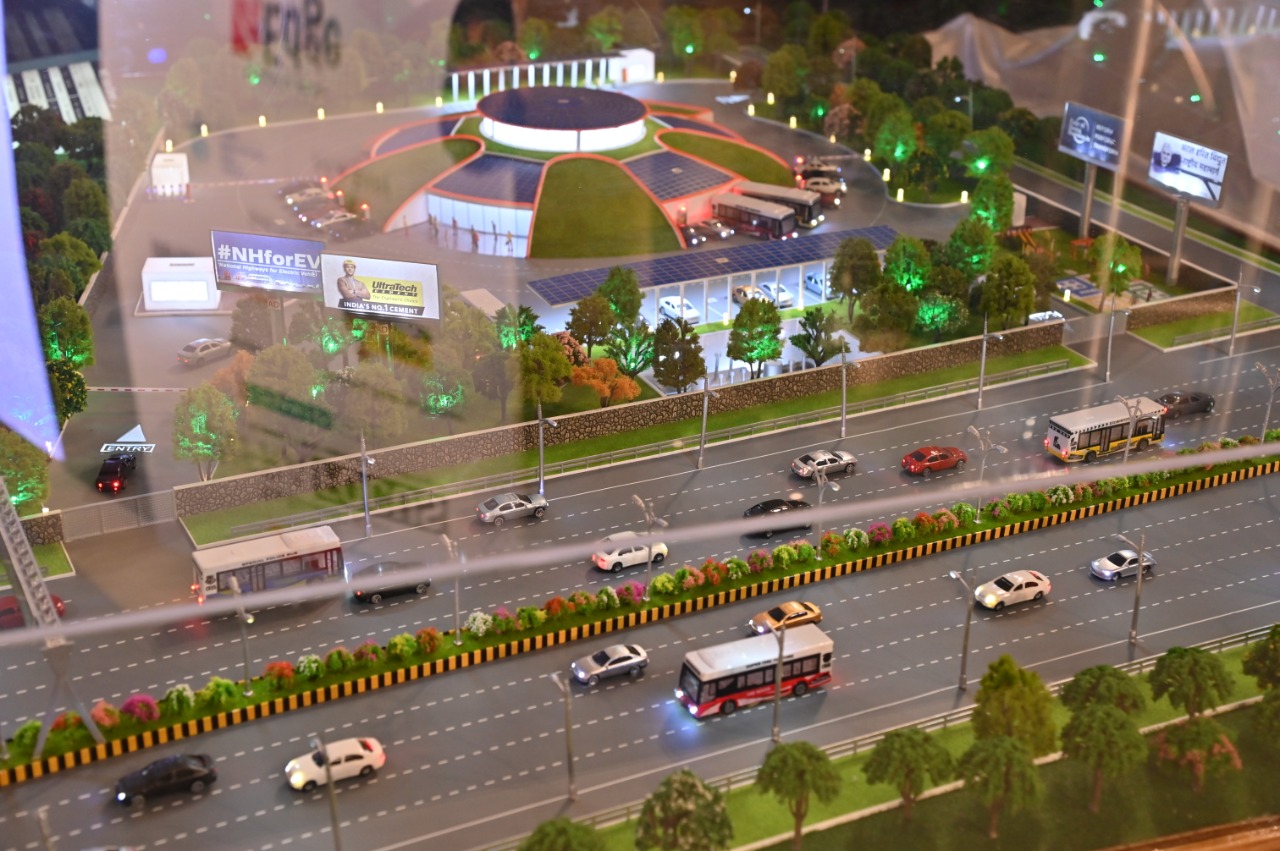 “The pilot has already covered 10% stretch between Agra – Delhi – Jaipur in two phases, out of its total 5000 km highways that India aim to upgrade as E-highways in next 2 years. NHEV team is slating its plan to install pre-fabricated modules of these station’s electrical and structural infra, soon after commissioning its pilot phase. So that new stations in expansion phase can be speedily installed within 90 days from their allocations.” said National Program Director, Ease of Doing Business – Abhijeet Sinha, also Project Director NHEV at EoDB Services. 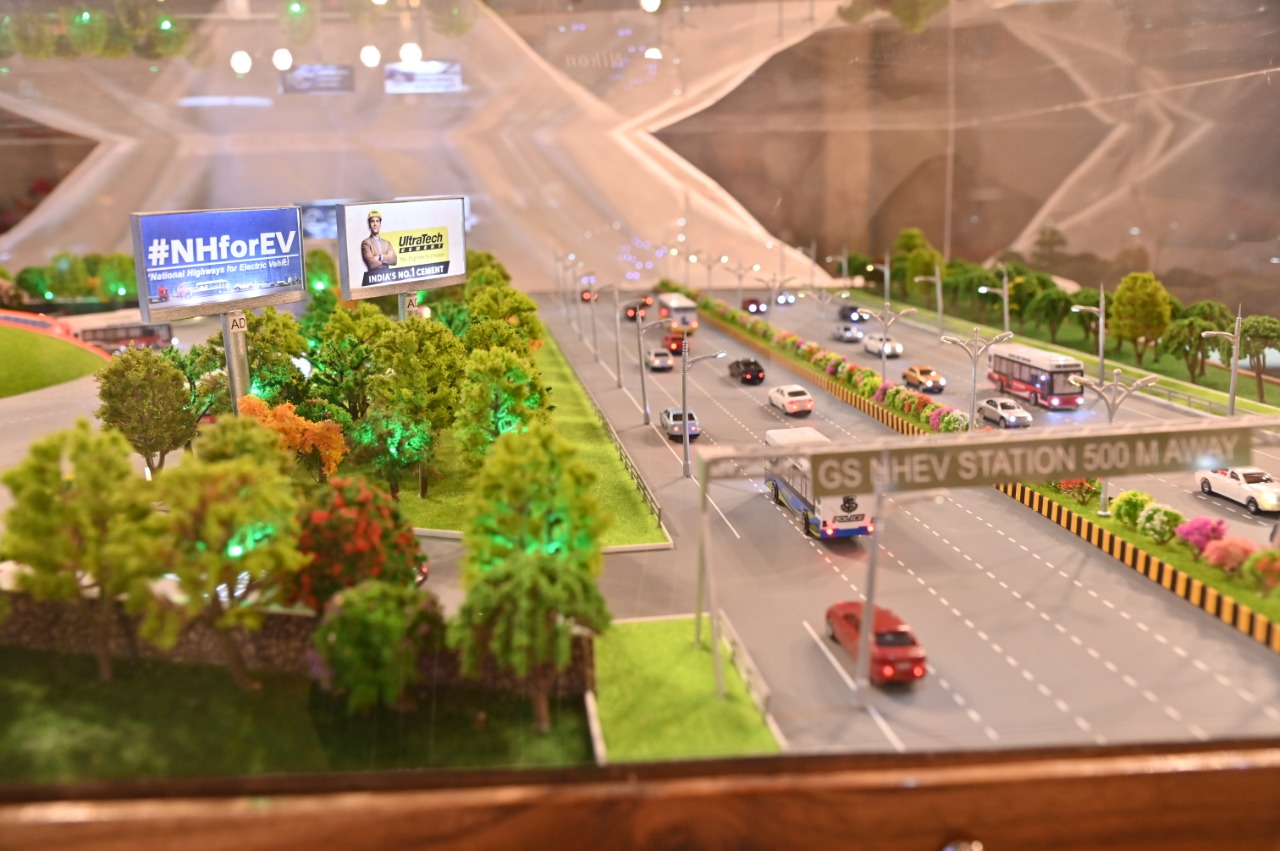 Miniature revealed today has already been prototyped in Sector 86 & 52 of Gurugram in Haryana from the safety and standards perspective of operational and commercial challenges envisaged by NHEV team earlier this year in March. Two of India’s largest NHEV commissioned Alektrify charging stations are currently operational and were inaugurated by NITI Aayog’s Advisor Sudhendu Sinha. “These Charging stations are commercially competing with petrol pumps” said former NITI Aayog CEO Amitabh Kant during his visit at NHEV city prototype e-hub while reviewing architectural layout of the miniature revealed today by Nitin Gadkari for Jaipur-Delhi-Agra E-highway pilot. 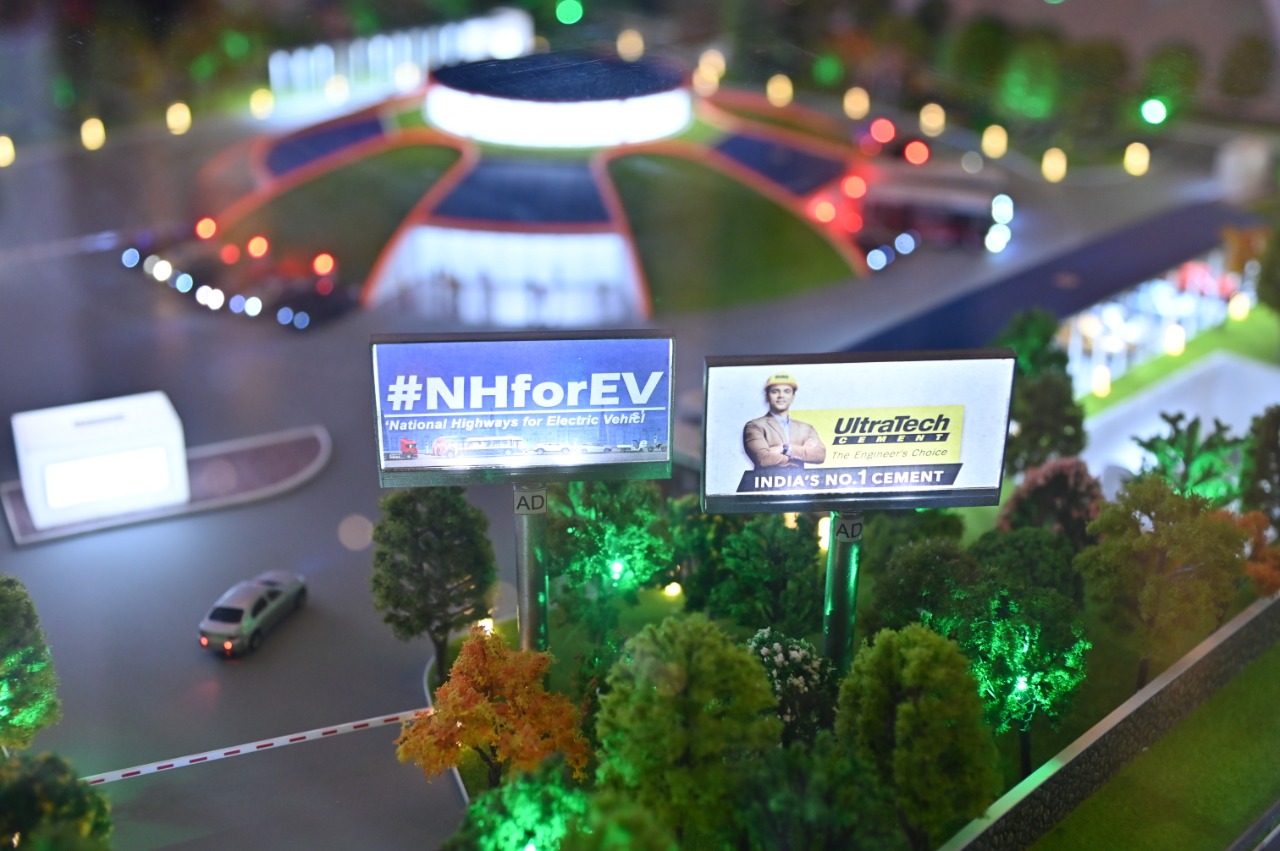 NHEV Pilot team expressed their gratitude to Minister for the visionary and timely reform that MoRTH brought to industry by allowing registration of vehicle and batteries separately and made it possible to conduct first ‘Battery Subscription’ model pilot for ‘Fleet Operators’; which reduces their 30% upfront EV procurement cost. As fleet operators can now only choose to pay vehicle cost and get EVs with batteries on easy subscriptions from battery operators. It concretes the path to enter the phase where cost of EVs and Petrol vehicles will soon be equal as the Minister envisaged earlier. 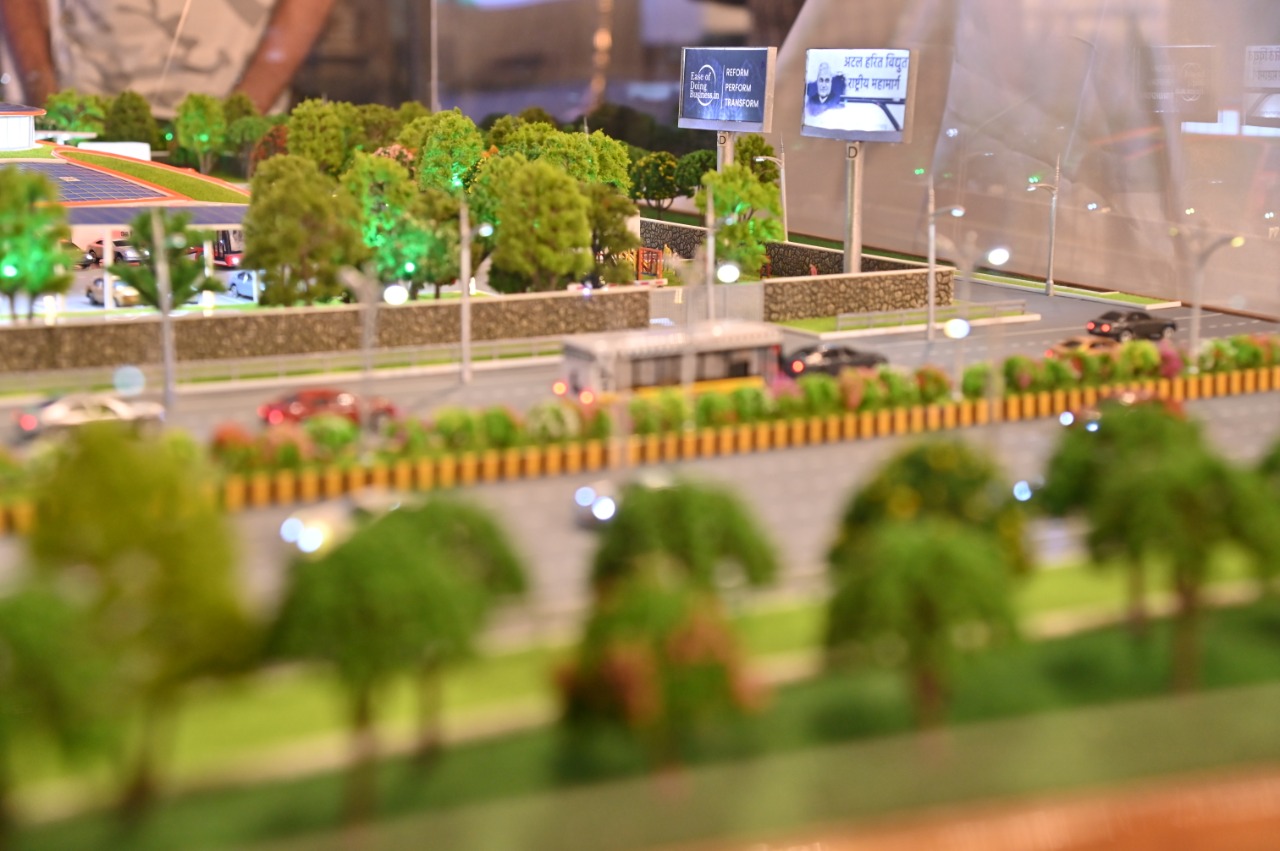 “No licence like ‘Petrol Pump’ is needed to set-up or own a charging station as per an Ease of Doing Business clarification issued by centre in 2018. This miniature from the NHEV pilot has aided e-mobility to overcome other 3 major obstacles in commissioning them speedily a.) Layout, safety certification and standardisation b.) Financing EV Infra on Highway c.) Asset Utilization and early Breakeven. I am glad to share that the pilot has achieved its goals in both trials and now everyone including investors can see the future of petrol pumps in these charging stations” said Abhijeet Sinha at the miniature reveal. He also requested MoRTH Union Minister to consider the proposed name for the 1st E-Highway to be named after Bharat Ratna late Shri Atal Bihari Vajpayee as Atal Harit Vidyut Rashtriya Mahamarg (AHVRM).

About National Highway for EV (NHEV)

NHEV is E-highway pilot project based on the Public-Private Partnership (PPP) from the Ease of Doing Business. This 1st phase of the pilot is being implemented on Jaipur-Delhi-Agra highway covering 500km. Going forward the pilot is to be scaled up to 5000 kms upgradation of regular highways in E-highways across India. The pilot includes setting up charging infra, car-bus fleet, road side assistance for EVs along with theft-proof geofenced highways. The first 2 prototype station of NHEV is commissioned in Gurugram with 100 EV chargers as India’s Largest Charging station with 75 AC and 25 DC Chargers. These EV charging stations with 100 + 130 chargers with a capacity to charge 1500 cars in 24 hours and recording India’s maximum 72% utilisation with a minimal breakeven tenure of CapEx in 36 months. 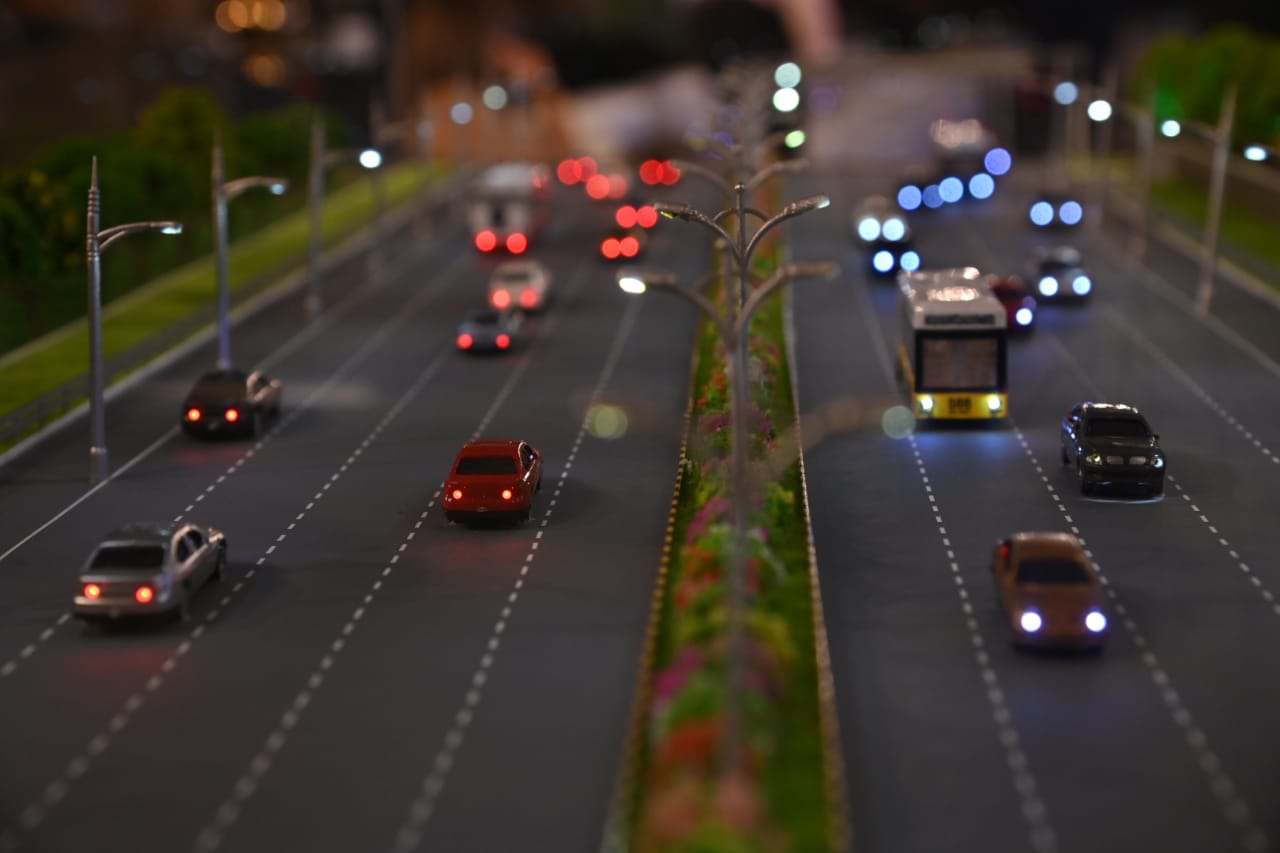 Initial 210 km TECH-Trial Run was successfully conducted between Delhi and Agra to measure technical feasibility as per Ministry of Power Guideline (2020) by NHEV. 2nd phase of 270 km TECH-Trial Run between Delhi and Jaipur had a successful start and expected to be completed by Oct-Nov this year to revalidate viability and conclude commercial pilot to price final cab & bus fare for e-vehicle passengers. Reports shall be submitted to MoRTH Minister Nitin Gadkari and ground data of this pilot would be used to commission 30 charging infrastructure on Agra – Delhi – Jaipur route financed on Annuity Hybrid E-mobility (AHEM) a model inspired from Hybrid Annuity Model (HAM) earlier introduced by Nitin Gadkari in 2016.