EV charging stations to be set up on National Highways 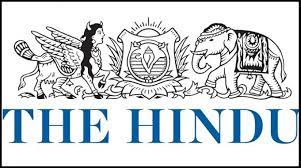 The Departments of Power and Transport are joining hands to establish electric vehicle charging stations every 50 km along national highways and the MC Road.

The Transport Department has transferred ₹ 9 crore to the Power Department for the first phase of the project, Transport Minister Antony Raju and Electricity Minister K. Krishnankutty said, addressing the 65th foundation day celebrations of the Kerala State Electricity Board (KSEB).

Mr. Krishnankutty, who inaugurated the event, flagged off 65 electric cars inducted by the KSEB into its fleet to mark Earth Drive, the foundation day celebrations of the KSEB.

Mr. Raju said that the Kerala State Road Transport Corporation (KSRTC) will begin inducting the electric buses for the city service in Thiruvananthapuram by April. Fifty buses will be on the roads by May. ”In due course, the entire city service fleet in the State capital will have electric buses,” he said.

Mr. Krishnankutty said that the shift to sustainable energy solutions can help reduce household expenses. By inducting e-vehicles, the KSEB has set a model in this regard, he said. Replacing its fossil fuel vehicle fleet with electric vehicles will save the State power utility ₹15 lakh in fuel bills, he said.

The KSEB was formed on March 7, 1957. Over the decades, the State utility has successfully transformed electricity from a luxury commodity enjoyed by the wealthy sections into a household solution, the Minister said.

The KSEB is organising various events including seminars, competitions and a cartoon camp till March 31 as part of the 65th foundation day celebrations.