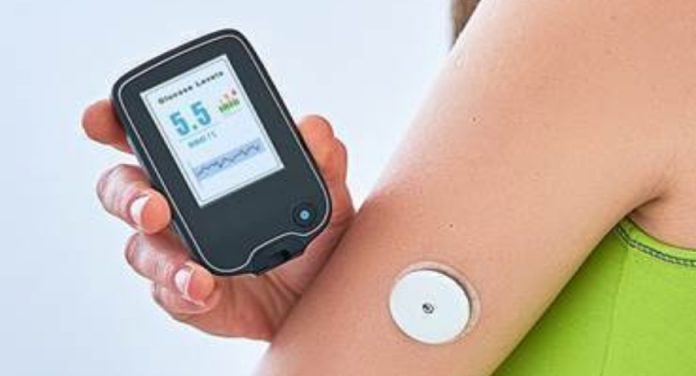 There are 800 million active users of smartphones in India. The idea is to bring in an easy to use App-based technology which can be used for glucose monitoring at home, eliminating the discomfort of travelling long distances for getting diabetes tests done.

According to the International Diabetes Federation (IDF), 463 million people suffer from diabetes worldwide as of 2020, of which 77 million belong to India, making the country the second largest population of diabetics in the world. With this rise in diabetic numbers, the COVID-19 pandemic also proved to be an eye-opener in terms of the vulnerability of those having this chronic disease – putting them at higher risk for developing complications. There is a need to strengthen the healthcare system, foster partnership and work on preventive healthcare measures to encourage tech companies to join hands in a noble initiative to manage and control diabetes. In view of this, tech piloting agency Ease of Doing Business Division (EoDB), today has opened applications for start-ups, Indian and global healthcare tech companies to provide their best Technology, Products and Services (TPS) and play a major role in creating a system for affordable diabetes management and create an ecosystem of preventive healthcare for the rural population.

According to the report, 14 crore people an estimated 10 per cent of the population is likely to be affected by diabetes by 2025 and nearly 57 per cent of India’s population remain unknown and undiagnosed and also vulnerable to the threat of a compromised life due to diabetes. “For early diagnosis and management of diabetes, applications are invited to showcase advanced TPS from innovators closely working in making diabetes management easy, accessible, safe and most importantly affordable for the commercial pilot with high accuracy,” said Abhijeet Sinha, National Program Director, Ease of Doing Business (EoDB) program. He further informed, “We are inviting submissions within two weeks.”

Omar Sherief, Cluster Head India, Middle East & Africa, RocheDiabetes Care said, “This is a great initiative by EoDB towards diabetes screening, management and getting to the treatment level of a large population. Partnering with like-minded players to design a comprehensive approach toward early diagnosis and management of the disease, and improve accessibility to diabetes testing & care in rural areas is key. The pilot should involve partners who can design and execute a multi-pronged approach to enhance awareness about diabetes care and complement this by conducting diabetes screening camps in a phased manner throughout the country focusing on rural areas with the help of Anganwadis. This would also require upskilling Front-Line Health Workers (FLHWs) to store and manage the data. The data generated through this pilot initiative of awareness and diabetes screening can provide valuable inputs and form the base for future public health policies for diabetes in our country”.

There are 800 million active users of smartphones in the country. The idea is to bring in an easy to use App-based technology which can be used for glucose monitoring at home, eliminate the discomfort of travelling long distances for getting diabetes tests done. Provisions like connecting the test result data to the nearest healthcare centre, recommending lifestyle improvements, technology capable of answering nutritional queries by combining technological prowess and advice from professionals, suggests diet routines for better management and control of diabetes,” said Jyoti Tiwari, Member, Healthcare Working Group, Ease of Doing Business.

“The tech pilot will commence with testing for existing patients suffering, those who are at risk of developing diabetes – already diagnosed, pre-diabetes and people with other comorbidities like hyperlipidaemia and hypertension and people who are at greater risk for developing diabetes because of genetic predisposition and a population study as a baseline for basic blood sugar level for everyone. The database generated at the end of the study will help to draft public health policies for diabetes in our country,” says Dr Sabine Kapasi, Member, Healthcare Working Group, Ease of Doing Business.