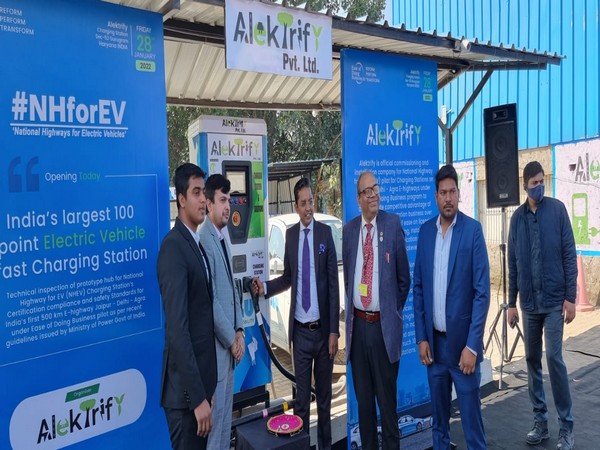 The company announced in a recent press note that its new Gurugram station now works with 96 electric vehicle chargers. It was developed by technology pilot company Alektrify Private Limited. “This station is now open with 96 chargers for technical testing for the ‘Certificates of Compliance’ and ‘Safety Standards’ set two last week by the Ministry of Electricity, the Governor of India and this agency also opened the government land supply to the government or state agencies and private organizations to set up charging stations on a shared basis. revenue sharing,” the company said in a statement.

Located in area 52 of Gurugram, the station has been installed and operated by Alektrify. “This EV charging station will not only boost the electric vehicle industry in the region but will also serve as the standard for major EV charging stations across the country in the future,” it added.

During the ceremony, Abhijeet Sinha, Country Program Manager, Ease of Doing Business Program and Project Manager in charge of National Highways for Electric Vehicles said, “India is on the verge of investing in facility establishment. e-mobile charging infrastructure is highly competitive compared to fuel, stations are easy to license, operate, electrify, certify and generate revenue comparable to existing petrol pumps. “

“Electric vehicle charging stations of this size and scale are rare and will be instrumental for the industry to experience the Reality of Ease of Doing Business in ‘Certification Compliant’ and ‘Safety Standards’. Electric Vehicles. is the future and this station is our prototype preparation for that future,” he said.