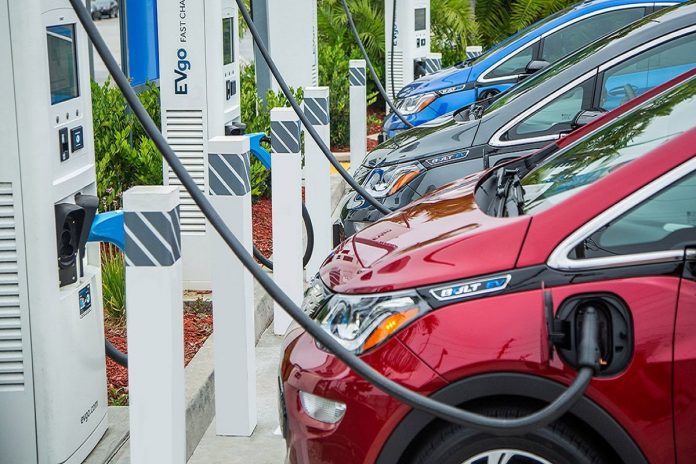 The country is moving fast in the field of electric vehicles, India’s largest electric vehicle charging station has been opened on Friday in Gurugram, adjacent to the capital Delhi. This station has the capacity to charge around 100 taxes at a time. It has been opened on Friday (January 28) on the Delhi-Jaipur National Highway in Gurugram. Let us tell you that before this charging station opened in Gurugram, the country’s largest electric vehicle charging point was in Mumbai. The company recently announced in a press note that its new Gurugram station is now operational with 96 chargers for EVs.

Can be charged 100 simultaneously:
This new charging station has a capacity of 100 charging points for four-wheelers. This station is bigger than the EV charging station located in Navi Mumbai with 16 AC and 4 DC charging ports. The company recently announced in a press note that its new Gurugram station is now operational with 96 chargers for EVs.

The station, located in Sector 52, Gurugram, has been developed by tech-piloting company Alektrify Private Limited.

Electric vehicle industry will get a boost:

During the inauguration program of this charging station, representatives of government agencies visited here to get information about various government standard compliance and industry best practices in setting up and operating the station.

Abhijit Sinha, National Program Director, Ease of Doing Business Program and National Highways Project Director for Electric Vehicles in Additional Charge, said, “India is on the verge of investing in an e-mobility charging infra setup, which is highly competitive compared to fuel. In terms of ease of licensing, commissioning, electrification, certification and achieving revenue parity with existing petrol pumps.”