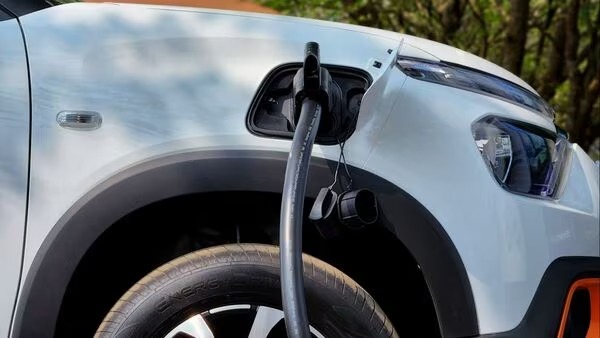 In India, where an increasing number of consumers aspire to own bigger cars to cope with the country’s notoriously potholed roads and bad traffic, automakers are betting on low-cost battery-powered SUVs to capture the budding electric vehicle market.

At the nation’s major auto show in New Delhi earlier this month, there was a new breed of EVs taking center stage, with predominately foreign companies looking to muscle in on the nascent electric scene. In a marked shift in rhetoric, local auto bosses were also excitedly talking up the sector’s prospects.

Demand for smaller SUVs has been surging in India. They’re suited for the country’s driving conditions, which can vary vastly from smooth multi-lane freeways to rutted streets crowded with rickshaws, dogs and cows. They also offer aspirational buyers an important, yet affordable, status symbol, perching drivers above the masses. And while larger electric SUVs tend to be inefficient (and expensive) because they require bigger and costlier battery packs, their compact equivalents are built on small-car platforms, making them more cost effective.

“The conundrum for electric vehicles is lighter is better, but customers want SUVs,” says Andy Palmer, the former CEO of Aston Martin who also helped spearhead Nissan Motor Co.’s creation of the Leaf, one of the first mass market EVs. “Using a small-car platform to build an electric SUV meets the sweet spot for both manufacturers and consumers,” he said, citing the example of Volkswagen AG using the ID.3 hatchback platform to also build the ID.4 SUV.

After lackluster sales of a battery-powered sedan called the Tigor EV, Tata Motors in 2020 introduced an electric version of the Nexon compact SUV. Priced at 1.4 million rupees ($17,300) and with a range of around 300 kilometers (186 miles), the Nexon quickly became India’s best-selling electric model.

Still, public adoption of anything electric in India when it comes to passenger transport has been slow. Most local manufacturers have been reluctant to switch to electric cars because of their high upfront production costs, while a lack of public charging points has deterred buyers. Just 1.2% of passenger vehicles sold in the six months through September were electric, according to the Society of Indian Automobile Manufacturers. Even EV market leader Tata Motors, whose electric sales in the quarter through December were up almost 120% from a year earlier, only sold 12,596 units.

But India, which may have already surpassed China as the world’s most-populous nation, is also a market carmakers can’t afford to ignore. At the same time, some foreign players are rethinking their strategies around China, the world’s other massive car market. Stellantis NV, for example, has shuttered its only Jeep factory in China due to interference from local politicians while Volkswagen and General Motors Co. are struggling to preserve their positions as local Chinese manufacturers give them a run for their money.

India not only offers cheap labor but also a talent pool of largely English-speaking workers. Prime Minister Narendra Modi has said the country, home to the world’s fourth-largest car market, will reduce emissions to net zero by 2070, and curbing transport pollution is key to meeting that goal.

China’s SAIC, which owns the British marque MG, started selling SUVs in India in 2019 after taking over GM’s plant in the western state of Gujarat. SAIC plans to launch three EVs in India by the end of 2024 and expects as much as 30% of local India sales to eventually come from the segment. BYD, backed by Warren Buffett’s Berkshire Hathaway, has meanwhile outlined a bold plan to capture 40% of India’s EV market by 2030. Stellantis brand Citroen on Monday started taking bookings for its eC3 electric compact SUV in India.

“The EV transition in India is coming through very strong and very fast, much faster than what people are expecting,” Tata’s Chief Financial Officer PB Balaji said at the auto show. “We see this morphing into an EV-led industry pretty soon.”