Oklahoma is due to receive $66 million in federal funding over the next five years to build up a network of charging stations for electric vehicles. (Photo by Sophie Jonas on Unsplash) 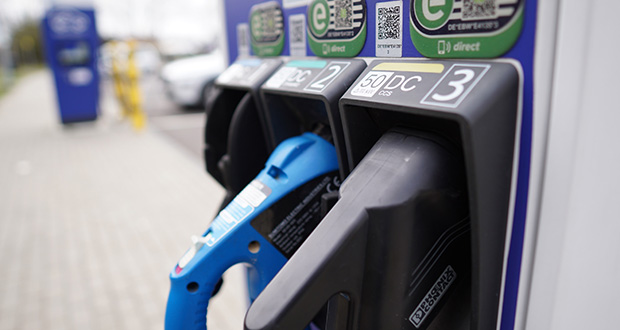 OKLAHOMA CITY (JR) – The Oklahoma Department of Transportation has launched an effort to get input from the public on plans for electric vehicle charging stations in the state.

According to a release, the Sooner State is slated to receive $66 million in funding over the next five years through the National Electric Vehicle Infrastructure program. The federal money is to be spent on improving and expanding a network of EV charging stations statewide. Through public-private partnerships, charging stations are to be installed near interstates and other major highways, and operated by external partners like truck stops, shopping centers, local governments and tribes.

A virtual presentation on plans has been made available online for people to see. Oklahomans might also choose to offer opinions or other feedback though an online portal.

“This virtual meeting and presentation will provide members of the public and transportation stakeholders with a first look at the program and an opportunity to give input on how the funding should be allocated,” ODOT said in the release. “This includes suggestions for Oklahoma highways and communities that need expanded EV charging capabilities and specific locations for stations.”

The recorded presentation was launched Monday and will be available at least through July 5. No plans have been made by ODOT for in-person meetings on the plan.

According to the release, federal guidelines require that EV charging stations should be placed at least every 50 miles along interstates and other designated “Alternative Fuel Corridors” including major highway and turnpikes. Once key corridors in Oklahoma have been addressed, remaining federal funds may be used to build out charging infrastructure in underserved areas. Questions or comments may be directed to the ODOT Multimodal Division at evok@odot.org. Those without internet access may contact the ODOT Multimodal Division by mail at 200 N.E. 21st St., Oklahoma City, OK 73105 to request information or submit a comment.