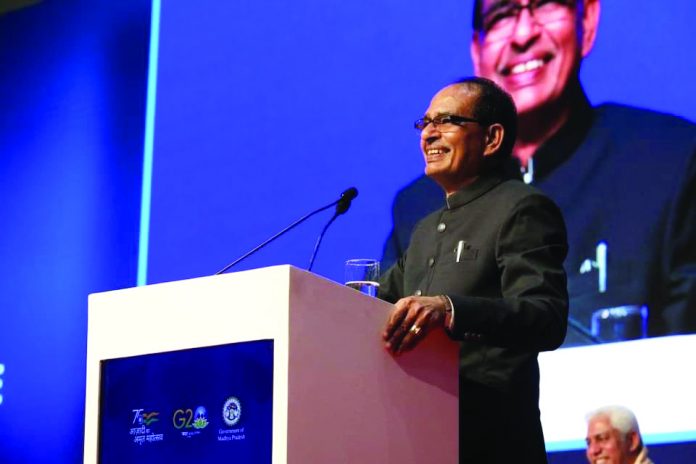 Bhopal: Madhya Pradesh Chief Minister Shivraj Singh Chouhan on Thursday said that not a single penny of the investment would be wasted. If the land is allotted in industrial areas, no need would be required for getting any permission to set up industries.

Addressing the valedictory session of MP’s 7th edition of the Global Investors Summit in Indore, Chouhan said that his government was committed to beginning ‘ease of starting business’ and ‘ease of doing business’.

“In the notified industrial and MSME areas if industrialists are allotted land, then they can set up their industries without any permission, they themselves follow the rule and processes”, CM Chouhan announced. The CM assured them that after being established the units any kind of inspection would hold for three years.

“As a CEO (chief executive officer) of the state for industrialisation, I assure you that not a single penny of your investment will be wasted, team MP stands with you for any assistance”, the CM also said.

For start-ups, youngsters have less capital they have to purchase land and machines keeping in mind the government has decided to provide them with plug-and-play facilities, as it is being given in the garment sector, Chouhan added.

“MP is an ideal destination for investment as Prime Minister Modi said on Wednesday that ‘Madhya Pradesh Ajab hai, Gazab hai aur Sajag bhi’ while inaugurating the summit. It is awesome because we have travelled from zero to the top”, Chouhan further added.

Paying thankfulness to investors, the CM said the summit was really global as 5000 delegates from 84 countries had taken part in it, including ambassadors and consulates of 35 countries and 447 international business representatives and 401 buyers.

Expressing pleasure, the CM shared that a total of 15,42,514 crores intention of investment was received during the meet, by this around 29 lakh employment would be got to the youths of the state.

The state would adopt a strategy of 7 sources, dialogue, cooperation, facility, acceptance, bridge, simplicity and coordination to make the process simply of setting up industries”, CM Chouhan said. He also said that MP’s development would be given a decisive impetus through investment.

He said that industrialists would not have to come to the state capital to get their problems solved. A dedicated helpline centre on the invest.mp.gov.in portal would be launched and the real single window system would be strengthened.