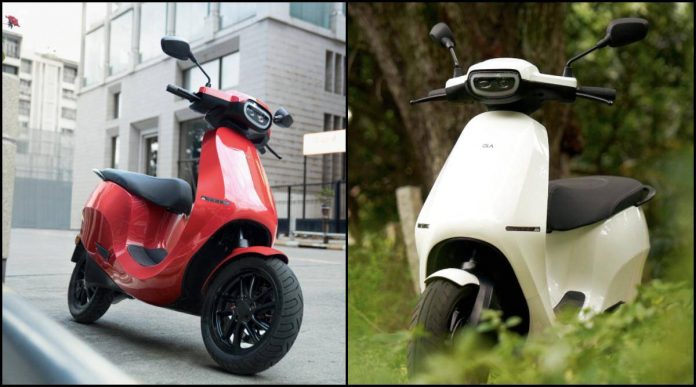 Road Transport and highways secretary Giridhar Aramane said on Sunday that the government will probe each and every incident of electric scooters catching fire. He also called upon the e-scooter manufacturers must quickly establish necessary functional safety protocols, quality control, and quality assurance systems.

But industry insiders say the expert committee, set up by the government to inquire into the matter, doesn’t have to look very far and should simply recommend putting in place a regulatory mechanism to ensure that the manufacturers adhere to stipulated standards with regard to batteries used in the vehicles.

Industry executives and experts said that currently there’s no conformity of production (CoP) to ensure that the samples of batteries that manufacturers get tested at ARAI (Automotive Research Association of India) or ICAT (International Centre for Automotive Technology) are used in all the vehicles they produce. There’s no system wherein these two agencies inspect the production units of EV manufacturers to ensure that uniform battery standards are maintained. There’s no system of random checks also on the production units.

Simply put, the system works like this: the manufacturers get four-six samples of lithium-ion batteries tested by ARAI and ICAT, but whether they use the same across vehicles is not ascertained by any regulatory agency. This, industry executives and experts maintain, may be one of the prime reasons for some EVs catching fire recently.

At least eight fire incidents involving two-wheeler EVs of companies like Ola Electric, Okinawa Autotech, Pure EV, and Jitendra New EV Tech, have come to light since March 26. The batteries used in electric two-wheelers in India comply either with the older AIS-048 standards or the newer AIS-156 standards, which were introduced in 2020. AIS-048 tests include short-circuit, overcharge, vibration, shock, and nail penetration. On the other hand, AIS-156 claimed to be one of the most stringent in the world for testing batteries, stipulates tests like vibration, mechanical drop, mechanical shock, fire resistance, external short circuit protection, overcharge protection, over-discharge protection, over-temperature protection, and thermal shock and cycling.

The AIS-048 will be discontinued from December 2022, following which the old certifications will have to be upgraded to AIS-156 by re-applying at ARAI or ICAT. The majority of new EV models are powered by lithium-ion batteries. An ARAI official, who did not wish to be named, told FE that the agency only tests batteries as per the procedures prescribed in AIS-156 for giving requisite approvals to manufacturers.

According to an official at ICAT, uniform guidelines and inspection systems should be laid down for the entire ecosystem starting from conceptualization to prototype to production and finally end-of-life of the battery. “Battery is the most important component of an EV, and with consumers concerned about EV safety, uniform production standards — CoP in industry parlance — should be laid down. As EV technology advances, systems will become more efficient, and the number of such unfortunate fire accidents will decrease,” Samrath Kochar, founder, and CEO, Trontek, told FE. “CoP should be implemented to ensure that the same quality is maintained throughout the manufacturing of EV batteries. Further, self-regulation should be maintained by battery manufacturers until CoP is implemented. Each imported cell should be checked individually and only those that fulfill the norms and quality standards should be used in battery pack manufacturing,” Kochar added.

Okaya Electric Vehicles’ MD Anshul Gupta said that CoP should be made mandatory as quickly as possible, especially after multiple fire incidents in EVs. The company offers electric two-wheelers like Faast, Freedum and ClassIQ. Okaya Power, the parent company of Okaya Electric Vehicles, sells almost 8,000 lithium-ion batteries every month for electric two-wheelers and electric three-wheelers. “If CoP is implemented and battery manufacturers are made to adhere to uniform standards, it would enhance product reliability, performance, and safety. It would also make the entry barrier slightly tougher for non-serious players and ensure that only serious players get into production,” Gupta added.

Log9 Materials co-founder and COO Kartik Hajela noted that making CoP mandatory under AIS-156 will ensure that the batteries made by manufacturers are as per the submitted samples for type approval. The company recently unveiled what it claimed is India’s first indigenous cell manufacturing line, in Bengaluru. “Current process only validates a few battery samples sent for type approval to the testing agency but does not ensure that at the production stage, the same product is being made,” Hajela said.”Yes, conformity of production should be made mandatory for battery manufacturers under AIS-156,” said Suhas Rajkumar, founder & CEO at Simple Energy. The company will soon start the deliveries of the One electric scooter, which was launched in August 2021. The recent EV fire incidents have prompted Okinawa and Pure EV to recall 3,215 units and 2,000 units, respectively. Ola has also announced a recall of 1,441 units.