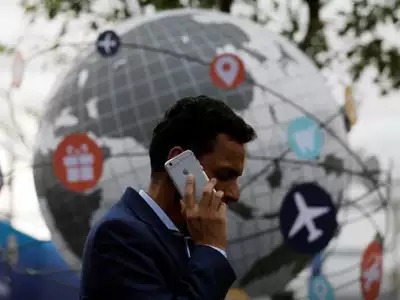 NEW DELHI: India faces a historic opportunity to transform into one of the world’s major technology hubs, a report by Asia-based Hinrich Foundation said on Tuesday.

As the country aims to build up its local manufacturing capabilities, it is focusing on developing smartphones and other digital hardware. Besides, it is also looking to spawn a new crop of national unicorns.

This, the government believes, will transform India into a technology export hub, the report notes.
Here are some factors working in India’s favour:

According to the report, friction between the United States (US) and China could give India the boost it needs to become a global tech hub.

A recent executive order signed by US President Joe Biden called for the creation of “China-free” supply chains in strategic industries, such as pharmaceutical and bio-pharma products, batteries, rare earths, and semiconductors.

Firms from the US, the EU, Taiwan, South Korea, and Japan are all active players in these areas. They are also looking to move portions of geo-fenced operations to India.

Tech giants like Apple, Amazon and Samsung that have relied on China for years are shifting production to India and Southeast Asia, a move that accelerated as tensions between Washington and Beijing mounted.

India’s growing importance as a Quadrilateral Security Dialogue (Quad) member, grouping with the US, Australia and Japan is also significant.

As an Indo-Pacific security partner to the US, it covers a wide range of issues from joint military strategy to vaccine diplomacy, the report said. 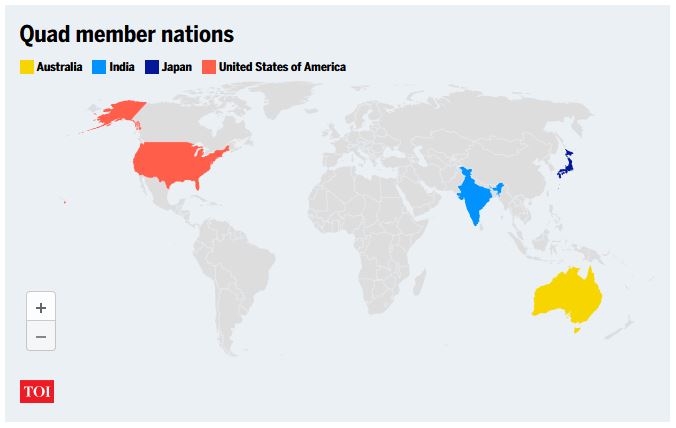 For instance, earlier this year, India, Australia, Japan, and US committed to stockpiling billions of surplus doses of Covid-19 vaccinations for distribution throughout Southeast Asia and beyond. This action was taken primarily to counter Beijing’s global vaccine diplomacy campaign.

Not only has this doubled the mobile subscriber base but also widened internet access. By 2020, almost 50 per cent of the population had access to internet, up from 10 per cent in 2010.
Subsequently, the e-commerce market also witnessed a surge in users. The industry is now expected to increase to $200 billion by 2027, from $64 billion at present.

The US, European Union (EU), Taiwan and Japan are India’s largest foreign investors in the tech sector, the Hinrich report noted.

The report said that since most of the world’s largest technology companies already have a significant presence in the country, they are well positioned to participate in growing India’s production capacity. 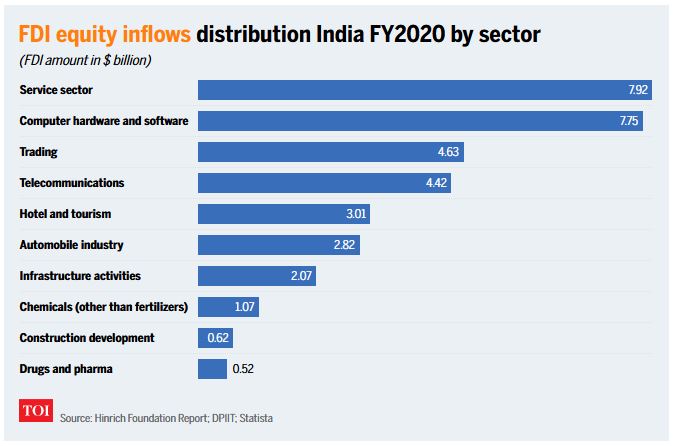 Under the production-lined incentive scheme, the government aims to produce one billion smartphones in the country by 2025.

The report suggests that Chinese low-cost hand phone brands would seem the logical choice as partners for Indian firms. 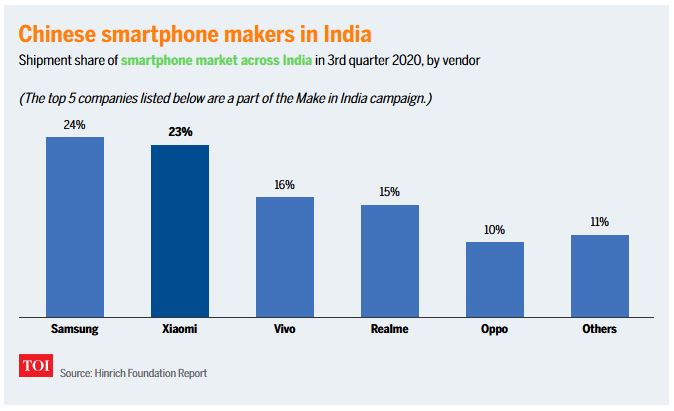 This would enable Indian firms to eventually breakaway as indigenous brands and compete directly with their former Chinese partners, at home and abroad.

A testament to the country’s technology prowess is the manner in which it implemented the world’s largest biometric ID system – Aadhaar, the Hinrich report noted.

The 12-digit identification number helped create a national database of 1.26 billion Indians by collecting their iris, fingerprint and facial data.

Regulated by the Unique Identification Authority of India (UIDAI), the number is used to dispense all types of government services including financial assistance and other direct benefit transfers across the country.

Besides, the report said that India is on the verge of commencing possibly the world’ largest fintech boom, as millions of “unbanked” come online in the platform economy.

According to McKinsey, fintech-driven services in India could be worth $170 billion by 2025.

In the past few years, the Centre has introduced many policy-driven changes to improve and strengthen the country’s business landscape.

In the last 3 years, India’s Ease of Doing Business ranking has improved from 100th position to the 63rd spot.

Here are some of the key initiatives and policies: 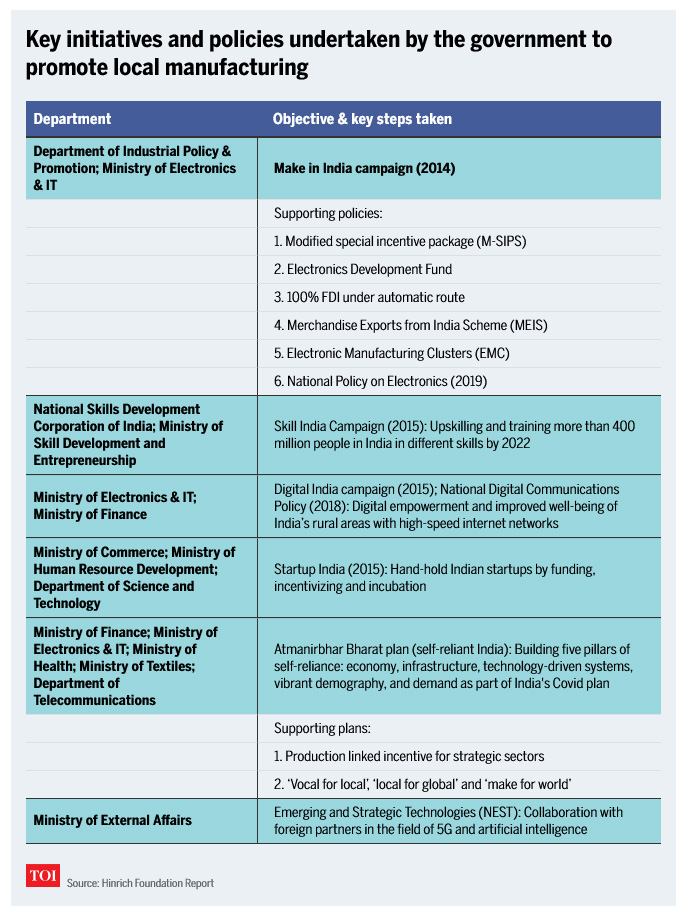 500 km of highway to be known as electric corridors with facilities for charging EVs to be developed soon.