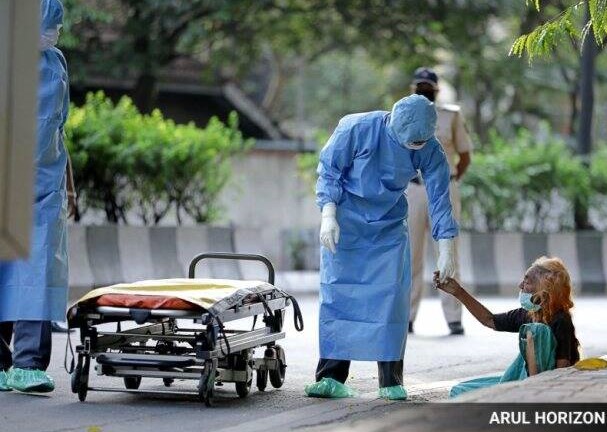 If you are terrified with disturbing headlines Arvind Kejriwal, Rahul Gandhi, Shashi Tharoor throwing to media to peddle their political rumours on vaccine formula, govt failure in production and its priority over central vista. You must read what scientist actually have requested PM Modi! Sharing a key scientist and chairman of consortium made by Govt of India this January, his opinion also published by New York Times. Dr. Shahid Jameel with his observations on real competence of vaccine over COVID Virus. Also vital significance of testing, health-care model and variants that COVID 2nd wave has brought to us.

As of Tuesday, India had over 23 million reported cases of Covid-19 and more than 254,000 deaths. The real numbers may be much higher, as the country reported an average of more than 380,000 new cases per day in the past week.

As a virologist, I have closely followed the outbreak and vaccine development over the past year. I also chair the Scientific Advisory Group for the Indian SARS-CoV2 Consortium on Genomics, set up by the Indian government in January as a grouping of national laboratories that use genetic sequencing to track the emergence and circulation of viral variants. My observations are that more infectious variants have been spreading, and to mitigate future waves, India should vaccinate with far more than the two million daily doses now.

In India the virus was mutating around the new year to become more infectious, more transmissible and better able to evade pre-existing immunity. Sequencing data now tells us that two variants that fueled the second wave are B.1.617, first found in India in December, which spread through mass events; and B.1.1.7, first identified in Britain, which arrived in India with international travelers starting in January. The B.1.617 variant has now become the most widespread in India.

On Monday the World Health Organization designated B.1.617 a variant of concern. When tested in hamsters, which are reasonable models for human infection and disease, B.1.617 produced higher amounts of virus and more lung lesions compared with the parent B.1 virus. Global data shows the B.1.617 variant to be diversifying into three sub-lineages. In a preliminary report posted on Sunday, British and Indian scientists found the B.1.617.2 variant in vaccine breakthrough infections in a Delhi hospital.

With these variants circulating through India’s still mostly unvaccinated population, public health officials here are trying to determine when the second wave might peak, how big it will be and when it will end.

The estimates vary widely. The Supermodel Group, preferred by the Indian government, estimated cases to have peaked at about 380,000 cases per day in the first week of May. The simulation model by the Indian Scientists Response to COVID-19, a voluntary group of scientists, predicts that daily cases will reach a peak sometime in mid-May, but it forecasts a much higher peak, about 500,000 to 600,000 daily cases. The COV-IND-19 Study Group at the University of Michigan predicts a peak by mid-May with about 800,000 to one million daily cases.

All models predict India’s second wave to last until July or August, ending with about 35 million confirmed cases and possibly 500 million estimated infections. That would still leave millions of susceptible people in India. The timing and scale of the third wave would depend on the proportion of vaccinated people, whether newer variants emerge and whether India can avoid additional superspreader events, like large weddings and religious festivals.

What worries me is that we may not even be able to measure the peak cases accurately. Data show that testing is increasing at a far slower rate than cases. In this scenario, numbers will reach a plateau — not because case numbers have stopped rising but because testing capacity will be tapped out. The national average test positivity rate is over 22 percent, but several states have rates that are, alarmingly, even higher — including Goa at 46.3 percent and Uttarakhand, which hosted the Kumbh festival, at 36.5 percent. “India will have a manufactured peak of about 500,000 daily cases by mid-May,” argued Rijo M. John, a health economist.

Vaccines remain one of the most effective public health tools, and vaccination with speed is shown to significantly reduce the spread of the coronavirus. India started its vaccination drive in mid-January with a sensible plan to vaccinate 300 million people in phases — health care workers, frontline workers and then people above 60 years of age or above 45 years with comorbidities. And as a leading supplier of vaccines worldwide — India supplies about 40 percent of all the world’s vaccines — two Indian companies, Serum Institute of India and Bharat Biotech, were well positioned to execute.

But by mid-March only 15 million doses had been delivered, covering a mere 1 percent of India’s population. The vaccination drive was hobbled by messages from Indian leadership that the country had conquered the virus and by news from Europe associating fatal blood clots with the AstraZeneca vaccine, which remains the mainstay of India’s vaccination rollout.

When the second wave arrived, only 33 million people, about 2.4 percent of the population, had received one dose and seven million people had received both doses. On May 1, vaccination opened for everyone older than 18 years, but many states have reported shortages and the pace of vaccination has slowed down. Local supplies are expected to stabilize by July, but their low penetration cannot reverse the current wave of infection and death in India.

Covid-19 vaccines mitigate disease, but they may not prevent infection, especially when transmission rates are as high as they are now. Though good data is lacking, variant viruses with evasion potential may also have a role in “breakthrough” infections in vaccinated people.

The immediate need is to reduce spread by increased testing and isolation of people who test positive. Several Indian states are under lockdown. This would “flatten the curve,” allowing health care facilities and supplies to regroup. Rapidly enhancing the health care infrastructure will also save lives. India should increase available hospital beds by setting up temporary facilities, mobilize retired doctors and nurses, and strengthen the supply chain for critical medicines and oxygen.

At the same time, India cannot allow the pace of vaccinations to slow. It must vaccinate at scale now, aiming to deliver 7.5 million to 10 million doses every day. This will require enhancing vaccine supplies and doubling delivery points. There are only about 50,000 sites where Indians can get vaccines right now; we need many more. Since only 3 percent of these delivery points are in the private sector, this is where capacity can be added.