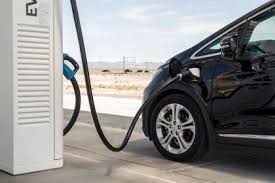 New Delhi: India’s first highway corridors with charging stations for electric vehicles are expected to come up along the Delhi-Jaipur and Delhi-Agra highways by 2020, an official said.

The combined stretch of the corridors on the Yamuna Expressway (between Delhi and Agra) and the National Highway 48 (between Delhi and Jaipur) will be 500 km, and 18 charging stations will be setup near toll plazas on the two routes, the official said.

While stressing on the need for switching to cleaner technology in the transport sector, the report assumed that Rs 1.2 lakh crore could be saved in imported crude oil if two-wheelers alone adopt an electric mode of operation.

European Union aims to be self-sufficient in EV battery manufacturing