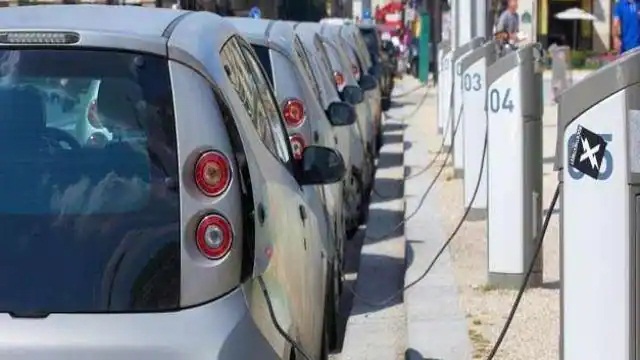 Located in sector 52 of Gurugram, the station was installed and operated by Alektrify.

The company announced in a recent press release that its new Gurugram drive is now operational with 96 chargers for EVs. It was developed by tech pilot company Alektrify Private Limited. “This station is now open with 96 chargers for technical inspection for various ‘Certification Compliance’ and ‘Safety Standards’ laid down two weeks ago by Power Ministry, Govt of India and which also opened the doors for offering government land to government as public bodies and private entities for setting up charging stations based on revenue sharing, “the company said in a statement.

Located in sector 52 of Gurugram, the station was installed and operated by Alektrify. “This EV charging station will not only stimulate the electric car industry in the region but will also serve in the future as a benchmark for major EV charging stations in the nation,” it added.

During the ceremony, Abhijeet Sinha, National Program Director, Program Ease of Doing Business and Project Director of National Highway for Electric Vehicle in extra charge said, “India is on the verge of making an investment in e-mobility charging infra-setup very competitive in comparison with fuel stations in terms of convenience in licensing, commissioning, electrification, certification and to sign revenue equivalence with existing gasoline pumps.

“Charging station for electric cars of this size and scope is rare and will be instrumental for the industry to actually make things easy to experience in smooth ‘Certification Compliance’ and ‘Safety Standards’. Electric cars are the future and this station is our prototype preparation for that future, “he said.